A Complete Guide To Herbs And Spices 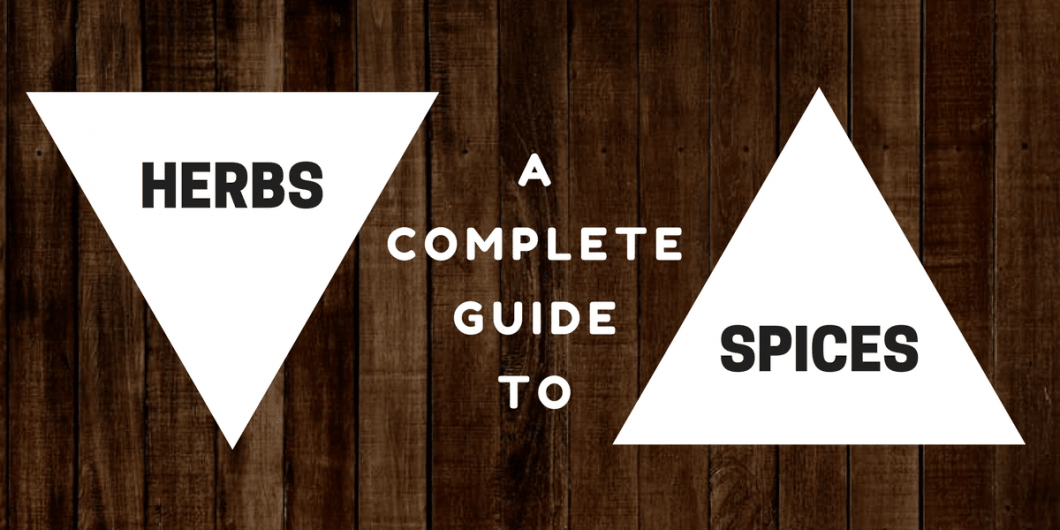 When we speak about herbs and spices, it is important to note that there is a difference between the two. Herbs refer to a plant's leaves and flowers which are often used as flavoring for food or for medicinal uses, whereas a Spice refers to a seed, fruit, root or bark that is generally ground up and used as a flavoring for food or for medicinal purposes.

Herbs used for culinary purposes are different from vegetables in that they are generally used in smaller amounts simply to add flavor to food﻿s rather than provide substance. Most plants contain phyto chemicals that have amazing effects on the body and this is the reason that many herbs are used for medical reasons.

Spices can be used for several reasons, the most obvious of course is the flavoring of food, however, spices are also used in religious rituals, in the preservation of food and they have surprising medicinal benefits as well. Herbs for Medicinal Use Traditional alcoholic beverages such as Gluhwein and Marjoram Beer incorporate herbs and spices to significantly add to their flavor.

Spices for Culinary Use Spices for Medicinal Use In Medieval times, various spices were used to preserve food as refrigeration was not invented. When preservatives are added to foods, they are most often a blend of spices, this is the reason so much of the meat you buy that is already marinated, or even the bag of crisps you purchase has already got the flavor in it.

The usual blend of preservation spices includes salt, pepper, cumin, cinnamon and cayenne. This blend is usually added to food to preserve it and prevent micro bacteria from penetrating the food. It is safe to say that most spices are extremely versatile and should be a staple in ever grocery cupboard.

While most people use spices in their everyday cooking, there are also a variety of spice combinations used to achieve distinctive flavors in most well-known dishes. Dukkah – Dukkah is an Egyptian blend of spices that is usually used when cooking middle-eastern cuisine. This gorgeous, earthy spice combination is a mix of toasted nuts, seeds and of course spices. Hazelnuts, Sesame seeds, coriander, and cumin are the main ingredients in Dukkah. K﻿hmeli ﻿﻿﻿﻿﻿﻿Sun﻿el﻿i﻿﻿﻿﻿﻿ – This is a Georgian spice blend used mostly in Chicken dishes and consists of Fenugreek, Coriander, Dill and Black peppercorns. It is a bitter spice blend that is warm and nutty.

Garam masala – A wonderful Indian spice blend used as a base in most curry dishes. Garam Masala consists of Black peppercorns, Cloves, Cinnamon, Nutmeg, Black Cardamom pods, cumin and bay leaf. You will find this spice blend in most Indian households. Jerk Spice – Ever heard of Jerk Chicken? This is a famous Jamaican dish and of course relies on the spice blend that is, Jerk Spice. This spicy mixture consists of red and black peppercorns, allspice, cinnamon and thyme and can ultimately add that extra kick to your meal. Pumpkin Pie Spice – In all American households, Mom has definitely got a pumpkin pie recipe. The essential ingredient in this is Pumpkin pie spice. This blend of spices consists of Cinnamon, Nutmeg, Cloves, and Ginger.

General Uses of Spices and Herbs

An infusion of Rosemary, Garlic, and Thyme in boiling water will repel most pesky insects. Make this infusion by letting the herbs steep in the water for approximately five minutes. This is a much more natural insect repellant and is completely void of all chemicals.

Making a paste of rosemary, tea tree, and garlic will assist as a very effective treatment for Lice and nits. Apply to the scalp and allow to sit for about twenty minutes and then thoroughly rinse. The lice are repelled by this blend of spices and will soon die off.

Making an infusion of Lavender, by steeping a bouquet of the herb in a jug of boiling water overnight, will serve as an excellent furniture polish. Once you have the infusion, using a soft cloth, apply this lavender infusion to your furniture, and be astounded by the amazing results. This is, of course, an all-natural polish and will not cause any damage to your precious items of furniture.

Do your plants have pesky worms and insects that you cannot get rid of? The most effective way of getting rid of these creatures is not to use poison as this may kill your plants. Boil a jug of water and add at least one tablespoon of cayenne pepper to this water. Once the water has cooled, decant this into a spray bottle and spray the infusion onto your plants where they are worst affected. You will see the benefits of this amazing remedy within hours and you will have slept better knowing that you have not used brutal poison on your plants or the environment.

It is safe to say that Herbs and spices have many uses and benefits, and it will do well for you to be one hundred percent informed about these magic little spices and herbs. While it has always been common knowledge as to the uses of these in cooking. It has been a bit of a hidden secret that these Herbs and Spices also have fantastic medicinal benefits. Not only are these Herbs and Spices used for the above purposes, they can also be used for many general household tips and tricks.

Herbs and Spices used in Rituals In older times, many people believed in the power of herbs and spices to ward off evil or boost bravery. While this may sound ludicrous in today’s day and age, let’s explore how herbs and spices were used in rituals.

Hi all, I am Jeanette Schmidt. At the age of 29, my learning never stops. A native of Texas, I was raised to go big or go home. Although food is currently my life, I’m still looking forward to the day when I can cook for my own family. At present, I am engaged to my long-time boyfriend, Paul, who’s very supportive of what I do.

Hi, I am Jeanette, the founder of CuisineBank.

I'm an aspiring chef-to-be and a proud native of Texas. Go Big Or Go Home, as we like to say. Food is a major part of life and even bigger in mine. Looking forward to the moment I can open up my own place and serve food that I can be proud of. I live with Paul, my boyfriend of two years and a scruffy little fella called Cezar, the friendly neighbourhood chihuahua.